Guide on Setting Up Your Home Office

EOL/EOS Options for MultiTech and USR 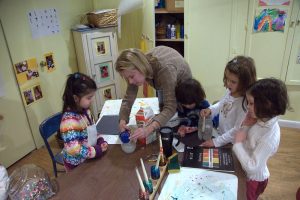 Today’s children are gearing up to become the adult citizens of the future. The overall growth and development of our children are parallel to our country’s future and a reflection of the quality of our current education system. Growth and development refer to a sequence of physical, thought, language, and emotional changes that a child undergoes from birth to the start of adulthood. It is majorly influenced by the environment and the child’s capacity to learn. Schools should stimulate curiosity in the minds of young, impressionable children and equip them with tools to become good citizens.

It is widely accepted by most that the learning process has an influence on how our personalities are shaped and the way we deal with life situations. A shift in thinking from bookish knowledge in schools to knowledge about life has ushered in a sea change. People are warming up to the idea that education should be more than just a means of acquiring degrees or monetary success in life but rather that education is the key to becoming a well-rounded individual. In today’s competitive world it is clear that after food, shelter, and clothing, education is a basic necessity for human beings. However, education must include the cultivation of healthy thought processes and prime our cognitive abilities.

The Mental Aspect of School Education

School education is the foremost font of knowledge that children are exposed to from very early in life. It provides opportunities to acquire a wide range of knowledge in various fields of education that includes numerous subjects such as history, literature, mathematics, people, politics, and many others. Learning from a wide range of subjects contributes to the cultivation of our thought processes. When we are exposed to influences in our environment that come from various different cultural sources, our perception of our existence and the world becomes vast.

The Social Aspect of School Education

The first avenue of socialising for a child occurs at school. Until then the only human interaction a young child may have had was with parents, immediate family members, and their friends. There is a saying that familiarity becomes a breeding ground for stagnation. When children start going to school they are not only exposed to new ideas but to interaction with same-aged companions. School helps to instil in the child sociable practices such as friendship, participation, empathy, participation, sharing, and assistance which are very important traits to have in adulthood.

The Physical Aspect of School Education

Soon after conception, a child starts to go through various stages of physical development. While home provides a safe albeit restricted environment when attending school a child can channel his/her energy into more sociable avenues. Familiarity leads a child to take advantage of situations while at school the playing fields are levelled. Studies have shown that children are equipped to deal with sudden bursts of energy in a familiar environment and learn to be on their best behaviour only when they are exposed to same-aged companions. The availability of activities such as crafts and sports at school also helps children to redirect their energies into something more productive.

Previously, schools were places where children learned how to solve tough mathematical problems, events in history chapters, and to recite sonnets and poems. In a modern educational scenario, such as in bilingual nurseries in London, a child is encouraged to go beyond traditional rote learning. They are taught to use their own minds through a flexible curriculum that promotes curiosity. In this way, a child is free to remove the shackles of mental blocks and allow their minds to explore any subject as fully as they like. The importance of using their imagination is heavily stressed. An encompassing curriculum and play actions lead to a well-developed cognitive system.

The foundation of any society is formed by education. It is responsible for the development of society in general as well as its social, economic and political growth.

Are you looking for a good gaming chair? If yes, then it won’t be difficult to get a chair that…

For any business, online presence has taken the business to the top in the online market. No matter what type…

Are you looking for a good gaming chair? If yes, then it won’t be difficult to get a chair…

For any business, online presence has taken the business to the top in the online market. No matter what…

You can find a number of popular raids within Classic WoW, but there aren’t many more popular than Zul’Gurub.…

In order to complete the Rippley vs Sludge challenges, there are several tasks that you need to complete. So,…

How to Check your Stats with a Fortnite Tracker

Many players have desired to check out their Battle Royale stats online since they started playing the game. This…

Path of Exile – The Best Builds for Betrayal

If you are going to attempt something like the Betrayal League in Path of Exile, then there are a…

There are countless ways for you to make OSRS Gold when playing Old School Runescape. With a seemingly endless…

Managing a business can sometimes be challenging. Managers go through a lot in trying to simplify business processes. Even…

Stepping into ecommerce may seem easier than staying there and, most importantly, thriving in this industry. With countless online…