Windows 8 is a fairly new operating system (OS), and your computer or laptop could be vulnerable to new strains of viruses and malware targeted specifically against the latest Windows 8 OS. Agreed, comprehensive protection through licensed antivirus applications cost a lot. But that need not bother you anymore: this list of 2016’s top 7 best free antivirus for Windows 8 ensures that you get comprehensive antivirus protection at little or no cost, with regular, automatic updates that are usually no-cost. Fixed-time, cut-down version trial offers can be smartly juggled around so you end up paying nothing for antivirus protection for your Windows 8 at all! Just check them out, and pick the best fit for your Windows 8 system. Read on.

This antivirus is straight from Microsoft and therefore, should logically the best agent to use to protect your Windows 8 running PC or laptop from viruses and other virulent or malevolent intruders. It’s already quite popular, and is quite easy to use. It can detect and eliminate most known viruses, Trojans, spyware and other malware targeted at Window 8 based systems, even if they are at minimum configuration. And it’s absolutely free, so it makes for the ideal antivirus program for your system. 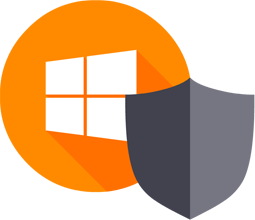 Symantec’s Norton antivirus packages have been around for decades now, and they are considered some of the best in the industry. The 2016 edition is loaded with antivirus to counter the latest malevolent threats aimed at Windows 8 systems, and are bundled with some great new features, such as the proactive SONAR Behavioral Protection that looks for and eliminates potential threats or risk before they become real. Infected files need no longer be trashed – the Threat Removal Layer ensures that only the infection is taken out, leaving the affected file intact. So now you can work online without any fear of virus attacks. In fact, Norton Antivirus 2016 goes so far as to provide a Bandwidth Management 2.0 tool that ensures that you do not get constantly interrupted by the irritating automatic update alerts, and more importantly, that these updates do not eat up into your bandwidth or your data plan. A great and “considerate” antivirus package to have when you have Windows 8 on board.

Scared of using the web for online shopping because your credit card details may get hijacked? Afraid to exercise your online banking options because your bank account details may be tracked and misused by others? Rest easy. All you have to do is install Bitdefender, and let it do the rest. This antivirus has been known to be pretty effective against virus threats and attacks, and its 2016 avatar keeps up the tradition in protecting your Windows 8 applications. For instance, the “Safepay” feature lets you do secure online banking, while other features and tools such as AntiPhishing, Social Network Protection and Search Advisor help you keep your Windows 8 system unmolested.

Want an antivirus package that actually works to optimize your systems processing speed while protection your Windows 8 OS from virus attacks and other malware threats? Panda Antivirus is the answer. Providing comprehensive protection against most known viruses, Trojans, spyware and other malware, Panda also checks for hackers and other unwelcome intruders, constantly warning you about threats and risks. A wonderful antivirus pack to have to protect your Windows 8 system!

Bullguard is another antivirus program that’s becoming popular thanks to its simplicity and customizability. Its simple UI is easy to navigate and customize. A unique feature of this antivirus is the customizable Spamfilter – you can say goodbye to all those spam mails that eat up so much of your storage space, time and concentration. Try it out, you could flip for it!

This antivirus program has been growing in popularity, largely because of its comprehensive antivirus protection and ease of use. Install G Data Antivirus 2016, and you can go into the web assured in the knowledge that its twin-virus scan programs are constantly monitoring web traffic to and from your Windows 8 system to detect any threats or risks. And even in case of an attack, data integrity is not compromised: only the virus is eliminated, while the affected file is left without loss of any data. This is one of 2016’s truly useful antivirus packages for Windows 8.

A real useful antivirus package, Vipre is one of those products that actually accomplish much more than they claim, or are given credit for. Apart from insulating you from threats from identified viruses listed in its comprehensive databases, it also provides constant protection from new manifestations of these threats, and eliminates them before they can do any damage to your Window 8 system or data. It’s flexible, user-friendly and customizable, and offers total protection for your Windows 8 system. It’s also pretty smart: knowing that viruses can hide even in deleted files, Vipre features a “Secure File Eraser” that you can use via Windows Explorer to eliminate all traces and links to deleted files.

Whether in your personal affairs or in your business, the integrity, safety and security of your data is paramount. Guarding your valuable data as well as your precious equipment from virus attacks or other forms of malware is now easy and inexpensive – you can try these 2016’s top 7 best free antivirus for Windows 8 featured here to keep your Windows 8 safe and secure!