There are plenty of benefits to working with freelancers including no overhead costs, a sense of flexibility and the ability to work with some of the best talent from around the world at a fraction of the cost you would pay if you did the work in-house.

However, some concerns have to be managed as well. For example, let’s say you hire a freelancer to work on an app development idea, and you’re in the U.S. while the freelancer is in Ecuador. You send money to Ecuador to have the work done, but how do you protect yourself from the potential that the developer will take the idea and then sell it to someone else work to create the same app?

The following are some things to keep in mind if you’re worried about the potential for an app developer or another freelance to take your idea.

Be Proactive with Legal Protections

As soon as you start thinking about bringing an idea to life, whether it’s a service, a product, software or something like an app, you also need to think about how you’re going to secure and protect it. You don’t just have to worry about your freelancers taking your ideas if you don’t have the proper protections in place.

Start working with a legal professional who understands things like trademarks, copyright, and patents. 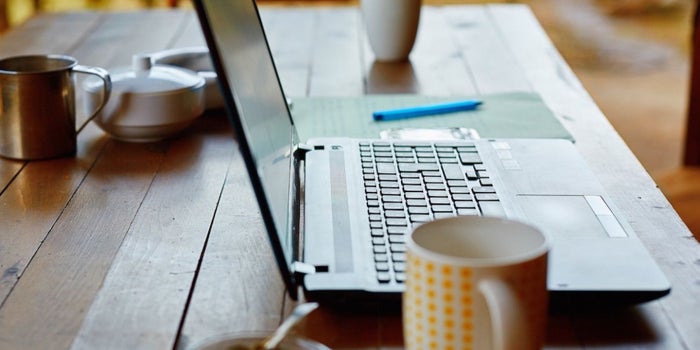 When you enter into any kind of agreement with a freelancer, it should clearly state who owns your intellectual property, as well as any work that’s done to as a result of your relationship with the freelancer.

Having the right protections in place in terms of things like trademarks isn’t enough. You should also have an NDA that can be signed by any and all contractors and freelancers you work with. Your NDA goes beyond freelancers and employers in some case. Consider any partner who might have knowledge of the project you’re working on.

Keep Information to a Minimum

When you’re working with a freelancer or contractor, let them know the least amount of information possible for them to do their job well.

If you’re in the early stages of talking to a freelancer that you may work with, don’t even let them know the specific concepts. Just let them know the scope of the work and the technical skills you feel they’ll need to do the project.

If you think about, you can often have a freelancer do quite a bit of work without them having to know much about the details of what you’re really going to be doing.

Finally, choose the people you work with carefully. Check on the reputation of the freelancer or the agency they work for, and vet them completely. Typically if you’re working with a freelancer with a long history of happy clients, you’re not going to have to worry as much about them stealing your ideas. They probably value their reputation  much more than whatever the possible rewards could be of them taking your idea.