Guide on Setting Up Your Home Office

EOL/EOS Options for MultiTech and USR

The History of The Apple iPhone

As of 2017 the Apple iPhone has been around for 10 years.  That is a decade of apple delivering quality touch screen products to consumers around the world.  The first Apple iPhone is much different than what we see today but it was what paved the road to release what we now consider one of the best phones in the world.

Apple’s first music product was the iPod, a device that you could play music on and store a large number.  Far more than you could have on a CD.  In June 2007, Apple released a combination of its iPod and a phone with a touch screen.  Users also enjoyed the benefit of having internet access on the device.  This was a major step forward in technology.

Many people heralded Steve Job’s keynote speech on the Apple iPhone as one of his biggest release presentations of all time.  Little did Jobs know when he gave the presentation that it would change the electronics world.  It spurred development of many devices and inspired tech developers around the world.

At first, users didn’t have much access to apps.  The device shipped with all of the apps pre-installed on the device.  Then later the app store was released.  Releasing a store for users to buy or download apps changed the world further.  Now there was a new industry, one that worked around the idea of developing phone programs.  Something that had only existed on a miniscule scale until then.

Now the app developing industry is a multi-million-dollar business sector.

While it is obvious that most of the software that went into the first Apple iPhone, not so obviously a lot of hardware was designed specifically for the iPhone.  For example, the glass that was used for the screen was developed but had not had a purpose yet.  It was quickly picked up by Apple as they realized the importance it could play in being protective for screens.

What appealed to a lot of users was the fact that it could use the same charger that their iPods did.  This cable could charge their battery but more importantly, it could connect to your computer to download music to the phone.

At the point that the first Apple iPhone there were several other “smartphones” on the market but these were traditional Blackberry style devices with mechanical keys.  Some devices had styluses but they were not easily receptive to touch.  They also had smaller screens.

The iPhone really made changes in the smartphone industry, redefining the whole term.

In the modern world, you know of two major competitors in the smartphone industry, the Apple iPhone and Google’s Android OS.  Not everyone was aware that Google was actually a partner when the first iPhone was launched.  Google was working with Apple to develop the device but more than that, the Google CEO was on the Apple Board of Directors.

Google’s goal on working with Apple was to prevent Microsoft from dominating the mobile device industry.  Looking back now, that is somewhat comical because Apple quickly became the lead company in the industry.  However, this was noticed by Google and they backed out quickly.  Google went to focus on Android which became a close runner for a leader in the industry.

Google attempted to even stop producing their apps for Apple devices such as the Apple iPhone.  However, when they tried this they found that they lost support from a large number of Apple users.  Google reinstated support for Google Maps on Apple devices.

Apple iPhone is an amazing device that really fueled an industry and broke the boundary between science fiction and reality.  Since then Apple has not let its customers down.  Each device that is released (about 1 per year) has continued to offer marked improvements.  With the current device being an iPhone 7 they are still leading the industry.  It won’t take long for the newest addition to the Apple iPhone line to come out with the iPhone 8.

Don’t take our word for it though.  Take a look at some of the hands on, in-depth reviews that we have of the iPhone.

The job market is becoming increasingly competitive each year. Choosing the right career is the first step in building a…

The number of consumers looking for information and shopping for goods and services online is increasing by the day. Hence,…

As data has become an invaluable asset in the industrial world, data centers have become the powerhouses of many enterprise… 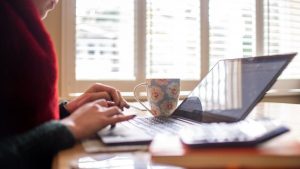 The job market is becoming increasingly competitive each year. Choosing the right career is the first step in building…

The number of consumers looking for information and shopping for goods and services online is increasing by the day.…

As data has become an invaluable asset in the industrial world, data centers have become the powerhouses of many…

It is also important to realize that often, as writers, the quantity we make is decided by how successful…

How to Engineer New Wearable Sensors

It was not too long ago that tech companies were promising a revolution of wearable devices. Those promises haven't…

Although the construction sector has been relatively slow in adopting cutting-edge technology for digitizing its workflow, the industry is…

How to Improve Your Websites Conversion Rate

One of the primary goals of any business owner are to increase the amount of traffic to their website.…

How Technology Is Disrupting The Construction Industry

Construction firms have seen a revamp in their style of work due to the intervention of technology. The approach…