Living in more secluded location used to mean you had to deal with living off the grid as far as modern amenities goes; such things as the internet. If you were lucky enough to have internet in the past it used to mean it was slow, unreliable and very expensive to obtain. Lucky thanks to large leaps in technology, those who live in more rural locations can too have internet.

Dial-up was the main option for those who live in rural locations. This is because it is one of the oldest internet connects types. With that in mind it’s extremely unreliable and extremely slow in downloads speeds. Download speeds max out at only 56 Kbit/s and don’t even think about upload speeds. Dial-up also will take over your phone line when internet is in use. So the moment you want to use the computer, you will have to give up your precious phone time. 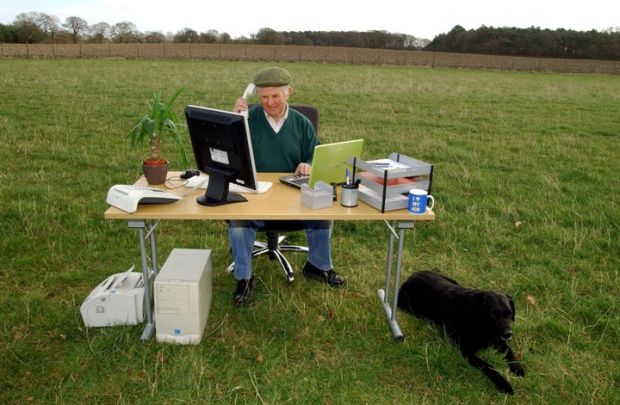 This technology is very old and somewhat primitive. This is why dial-up internet is generally not used as much anymore. The internet has evolved so much it would be virtually impossible to do basic internet related activities with that connection speed.

Satellite Internet is the newest option available for those who do not live in a metropolitan area. Satellite internet is much faster than dial-up and it does not require taking over your phone line when it’s being used.

Satellite Internet allows for a faster and smoother internet connection thanks to the large advancement in satellite technology. Unlike cable internet where data is transmitted over cable lines, satellite internet sends data back and forth between receivers on earth and the satellites in space. This will allow you to use the internet virtually anywhere on earth without restrictions.

One of the most common misconceptions about satellite internet is that there will be frequent weather outages. The truth is this simply is not the case; you would only be affected during extreme weather conditions. Where with cable internet, if the cable lines are broken or cut down due to weather you will be out of out of service into they are repaired.

As an eCommerce business owner, you are probably familiar with marketplace optimisation. It refers to the process through which you…

As an eCommerce business owner, you are probably familiar with marketplace optimisation. It refers to the process through which…